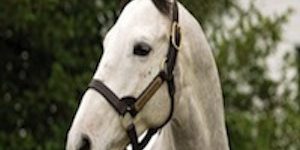 Eclipse Award finalist Jaywalk’s $1.3 million in earnings alone would have ensured that her sire, Cross Traffic, would finish at least second in the 2018 freshman standings by earnings. A strong performance by the rest of the stallion’s debut crop made sure he finished comfortably on top.

Though there was a clear leader among Cross Traffic’s first foals on the track, the resident of Spendthrift Farm was far from a one-hit wonder. From a group of 47 runners, the son of Unbridled’s Song led North America’s freshman sires by repeat winners (seven), black type stakes winners (five) and total black type earners (eight).

Of course, a stallion is only half of the equation, but Cross Traffic proved to be a versatile partner when examining the pedigrees and race records of broodmares that produced his most successful runners. Far-back crosses to Mr. Prospector and Raise a Native could be found scattered in some the five-cross pedigrees, but there was no clear magic bullet for success from the early sample.

Gainesway is the breeder of record for likely champion Jaywalk, but Lady Pewitt was owned by Glenn Justiss and Kathie Maybee when the mare was sent to Cross Traffic in 2015. Around the same time, Gainesway was having success with Danzatrice (by Dunkirk), who won the Parx Oaks, finished fourth in that year’s G1 Acorn Stakes, and later became G3-placed. Looking to continue its fortune, Gainesway purchased Lady Pewitt privately with Jaywalk in-utero.

Texas-based Justiss bought Lady Pewitt for $13,000 at the 2005 Keeneland September Yearling Sale. She raced once at Woodbine, finishing fourth, before starting her broodmare career at Maybee’s Phoenix Farm in Paris, Ky.

Jaywalk’s pedigree has no inbreeding through the first five generations. Influential stallions on the bottom side of the cross include Mt. Livermore and Nureyev.

Lady Pewitt is pregnant to Empire Maker for the 2019 foaling season, following up on her filly by the same sire in 2018.

“It’s just one of those freak things. Kathie and I owned the mare together and she said she loved the horse. I’ve never seen him [in-person] to this day, but we knew where she’d already worked on another son of Unbridled’s Song, so it could happen again. I haven’t seen Jaywalk, but they say she’s some kind of nice.

“We sold the mare and made a pretty good profit, and thought we’d done something, and now, every time I watch Jaywalk, I go outside and eat two or three Rolaids. They say if you want a stakes winner, just sell the mare.”

The mare was entered in the 2015 Keeneland November Breeding Stock Sale in an effort to downsize the GoldMark broodmare band, and she sold to Charles Kidder and Nancy Cole’s Corner Woods Inc., for $10,000.

Capocostello is a 5×5 cross to Mr. Prospector, the same as Ad Litem’s first two runners, both by Midnight Lute.

Todd Quast, general manager and trainer for GoldMark Farm, described Cross Traffic as taller and leaner than the typical son of Unbridled’s Song, which he said has been passed down to his foals.

Quast: “We didn’t have enough mares to keep Cross Traffic just for us, so that’s why we sold him to Spendthrift, but we retained breedings in him. He crosses so well with so many different lines, and Ad Litem was a very good cross.

“A lot of it was her physical. She was a very similar type – rangy, athletic, a good long neck, good shoulder. It was a good match to me. We brought the best parts of her and the best parts of him, and that’s what we were hoping for.”

Dana’s Lucky Lady was the first mare Drew Peltier had ever sent to Minnesota after she was bred to Cross Traffic in 2015, and the early returns have been exceedingly positive.

The mare had been a fixture at Peltier’s Sugarland Thoroughbreds in Louisiana since he purchased her for $8,000 at the 2010 Ocala Breeders’ Sales Co. Winter Mixed Sale, but he moved her north for the 2016 foaling season to take advantage of Minnesota’s lucrative incentive programs.

Bred in Ontario, Dana’s Lucky Lady spent her entire career at Woodbine, where she became a multiple stakes-placed sprinter on the dirt, prior to the track’s switch to an all-weather main surface. Her produce record features Puerto Rican G2 winner La Glamorosa (by Fire Slam), Louisiana stakes winner Paddy O’Lionel (by Paddy O’Prado), and stakes-placed Theyplayingoursong (by Songandaprayer) and He’s a Lady Tamer (by Lion Tamer). Like Capocostello, Dame Plata is a 5×5 cross to Mr. Prospector.

Peltier said Dana’s Lucky Lady was pregnant once again to Cross Traffic for the 2019 foaling season, and the mare would drop the foal in Minnesota.

Peltier: “I had bred her to Songandaprayer and had a beautiful individual: Theyplayingoursong. She just seemed to throw nice foals regardless of who I bred to, but she particularly was one of the better-looking horses I’d had out of Dana’s Lucky Lady.

“I didn’t pay much money for Dana’s Lucky Lady. I bought her in foal to Half Ours, and he’s a stout, good-looking individual, also by Unbridled’s Song. We just felt like this would be a good cross. He was a little leggier than most that I recall that I’ve bred to.

“What I like about Cross Traffic is his foals seem to be correct, leggy individuals, very athletic. Dame Plata wasn’t a tremendously tall horse, but he’s very balanced and athletic. It seems like his foals are precocious individuals that finish strong, and I think they’re capable of carrying their speed around two turns.”

David and Delaurlyn Pihl had decided to add some Kentucky flavor to their British Columbia broodmare band when they went shopping at the 2011 Keeneland November sale. They came back with the unplaced Andtheliviniseasy, in foal to Unbridled’s Song son Rockport Harbor, for $17,000.

The ensuing foal, Rockport Dancer, became a multiple stakes-placed runner for the Pihls, and cemented their respect for the Unbridled’s Song sire line.

Andtheliviniseasy raced in New Jersey and Florida, with her best efforts being a pair of fourth-place finishes on the turf at Tampa Bay Downs. The pairing with Cross Traffic meets Mr. Prospector with a 5×3 cross, and Raise a Native at 5×4.

Pihl said Andtheliviniseasy was due for a Creative Cause foal within the next few weeks, and the mare would be a candidate to go back to Cross Traffic next time she goes to Kentucky. He noted that the mare was notoriously difficult to catch with a mating, but that challenge was what led to Dancin Shoes’ conception in the first place.

Pihl: “We actually booked her to Graydar, and this mare would not take. She was there from February to the end of June. Every time we bred her, she came up empty. One of the things we found with her is it took multiple breedings to get her to conceive.

“At the end of June, they said the stallion barns are closing, and we’ve tried and she won’t take. There was one stallion barn left open, and the sire was Cross Traffic. We hadn’t considered the sire, but we looked him up and did the nicking, and it was an “A”, so we said sure. We got a breeding on the first of July and she took.”

Like many on this list, the conception of Indiana-bred Can’t Crosstraffic was partially based on the success of a previous cross with a son of Unbridled’s Song, and Mike Konger’s Pine Tree Thoroughbreds went back to the well with a different branch of the line for the 2015 season.

Indiana-based Pine Tree Thoroughbreds bought Can’t Catch Fire, in foal to Lawyer Ron, for $35,000 at the 2008 Keeneland November sale, not long after she finished a racing career where she was a stakes-placed router at Delaware Park. The operation offered the mare at the 2016 Keeneland November sale with Can’t Crosstraffic in-utero, but she was an RNA at $6,000.

Can’t Crosstraffic produces a 5×5 cross to Raise a Native, and a 4×5 cross to Secretariat.

Konger: “When we sat down to discuss possible matings for 2015, Kerry Cauthen and Tony Lacy of Four Star Sales strongly advised us to consider new sire Cross Traffic. We took a good look at him, and even with a late start to the races, we liked him winning at first asking at 6 ½ furlongs, and then stretching that over a route of ground to win the Whitney against some quality horses.

“Our mare’s Storm Cat influence certainly helped in selecting Cross Traffic, as the cross with Unbridled Song and his sons has proved viable. This followed a similar pattern to our first mating on this mare, which produced Songlyrics. That filly was by Songandaprayer and was able to win at first asking, try a stakes race, and have a little success.”